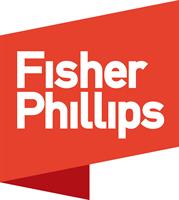 MEMPHIS, Tenn., August 15, 2017 – Fisher Phillips today announced that two attorneys from the Memphis office have been selected by their peers for inclusion in The Best Lawyers in America 2018®. The two local attorneys are Jay Kiesewetter, senior counsel, and Jeff Weintraub, managing partner. Fisher Phillips had a total of 89 attorneys listed in this year’s edition. Kiesewetter and Weintraub have been included in the Best Lawyers list since 2005 and 1995, respectively.

“Jay and I are humbled to be included among such respected colleagues,” said Weintraub. “We attribute much of our success to our clients, as well as our team here in Memphis, with whom we are extremely fortunate to work with on a daily basis.”

Kiesewetter devotes his practice to counseling employers in all aspects of union-free management and advises non-union companies facing union organizing activity. He represents employers in unfair labor practice and representational proceedings before the National Labor Relations Board and the United States Courts of Appeal. Additionally, Kiesewetter works with companies that have unions to improve union-management relations and represents management in contract negotiations, arbitrations and labor disputes. He has been named as part of America’s Leading Lawyers for Business by Chambers USA since 2015 and has been recognized by Mid-South Super Lawyers every year since 2007.

Weintraub has represented employers in more than 59 jury and bench trials in the private and public sectors in employment-harassment/discrimination and retaliatory discharge lawsuits. He also handles Equal Employment Opportunity Commission charges, labor cases, wage and hour cases, and enforcing non-competes in all federal and state courts and agencies, various Courts of Appeals, and the U.S. Supreme Court. He has been listed in America’s Leading Lawyers for Business by Chambers USA since 2013 and has been included in Mid-South Super Lawyers for more than 10 years.

About Best Lawyers
Since it was first published in 1983, Best Lawyers® has become universally regarded as the definitive guide to legal excellence. Best Lawyers is based on an exhaustive peer-review survey. More than 83,000 leading attorneys globally are eligible to vote, and Best Lawyers received more than 13 million votes on the legal abilities of other lawyers in their practice areas around the world, with more than 7 million votes being cast in the United States. Lawyers are not required or allowed to pay a fee to be listed, therefore inclusion in Best Lawyers is considered a singular honor. Corporate Counsel magazine has called Best Lawyers “the most respected referral list of attorneys in practice.”

About Fisher Phillips (www.fisherphillips.com)
Fisher Phillips attorneys are ready to help you take a stand: in court, with employees and unions, or with competitors. Fisher Phillips has the experience and resolve to back you up. That’s why some of the savviest employers come to the firm to handle their toughest labor and employment cases. The firm has 350 attorneys in 32 offices. The offices are in Atlanta, Baltimore, Boston, Charlotte, Chicago, Cleveland, Columbia, Columbus, Dallas, Denver, Fort Lauderdale, Gulfport, Houston, Irvine, Kansas City, Las Vegas, Los Angeles, Louisville, Memphis, New Jersey, New Orleans, New York, Orlando, Philadelphia, Phoenix, Portland, Sacramento, San Diego, San Francisco, Seattle, Tampa, and Washington, D.C.