Join us for a breakfast with Dr. Jennifer Erberhardt Author of Biased 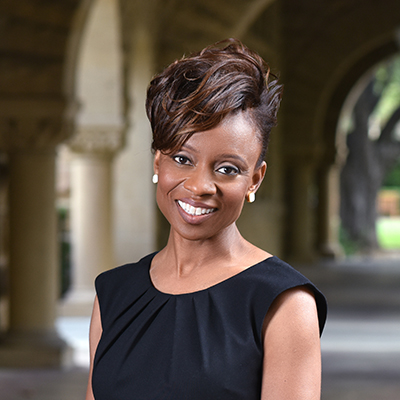 Dr. Jennifer Eberhardt is widely considered one of the world’s leading experts on racial bias. She is a professor of psychology at Stanford and a recipient of a 2014 MacArthur “genius” grant. Dr. Eberhardt has been elected to the National Academy of Sciences, the American Academy of Arts and Sciences, and was named one of Foreign Policy’s 100 Leading Global Thinkers.

She is co-founder and co-director of SPARQ, a Stanford Center that brings together researchers and practitioners to address significant social problems. SPARQ not only addresses social problems in the area of criminal justice, but also in health, education, and business.

With SPARQ, Dr. Eberhardt has worked with the Oakland Police Department on improving police-community relations. California’s former Attorney General, Kamala Harris, and the Department of Justice used pilot versions of her training's on implicit bias to develop a statewide training program for law enforcement officials. She is also part of a federal monitoring team overseeing the New York City Police Department’s reform efforts in the aftermath of a judge’s ruling to end controversial “stop and frisk” practices.

BIASED: Uncovering the Hidden Prejudice
That Shapes What We See, Think, and Do
is the first book from Stanford social psychologist, Dr. Jennifer Eberhardt.

To register for this event, please contact Tunga Lee at tlee@memphischamber.com or 901-543-3571.